It probably goes without saying that I am distressed and angry about the divisive words of the extreme political right wing. I could name names, but you know those already, so I won’t sully this page. I do wonder, though, if a visit to Minidoka National Historical Site on a cold and windy day (such as when Tom and I visited) might make some ugly talkers rethink their support for a particularly ethnocentric and stupid idea. Minidoka, one of 10 relocation centers created in 1942 by FDR, had a population of approximately 10,000 Japanese Americans and Japanese. Throughout the relocation system, 120,000 people were interned.

Although some of my friends, relatives, and coworkers have long known that I stand somewhat left of center on many issues, others of you reading this may not know that. Now, I mostly want to write about music, trees, hikes, and my memories of my family. I wanted to write this post about traveling on the Going-to-the-Sun road. Not now. For weeks, I have been putting off writing about refugees, but I can’t in good conscience wait any longer. So, instead of writing about walking on mountain trails and beside blue lakes, I have to sit here and cry while I try to figure out what to say.

I am not, nor have I ever been, a refugee. The closest I ever got to being an outcast was when my students and, I guess, the school administration thought I was a communist back in Page, Arizona forty years ago.

However, I have had the great honor to work with refugees from around the world. Although  I have discarded at least a ton of books and papers these last years, I have kept much (probably most) of the writing from the adult students. When I read the students’ words now, even after many years, I still feel the beating of their hearts.

The United States did not designate the Salvadorans as refugees, That’s a long story, but the thousands my school worked with were refugees according to  definition on the website of the United Nations High Commissioner on Refugees (UNHCR): “owing to a well-founded fear of being persecuted for reasons of race, religion, nationality, membership of a particular social group or political opinion, is outside the country of his nationality, and is unable to, or owing to such fear, is unwilling to avail himself of the protection of that country.” Here’s what one young Salvadoran man wrote:

Mostly, the Salvadorans didn’t talk to me about war. They just moved ahead with their lives. One woman—I’ve  forgotten her name, but not her—I taught in a family literacy class at an elementary school in Arlington, Virginia. In those classes, we were all moms and dads together and so things were shared that might not have been talked about in other venues. She talked about how they all slept on the floor because of the flying bullets. This woman let me see the residual pain behind her cheerful, can-do demeanor.  She and her family prospered in Arlington, as did the young man who had missed his horse and cows.

The woman who made me the golden and ever-blooming flowers (below) told me about her flight through the Cambodian jungle. I think she was the person who told me about burying her child on that journey. Forgive me, there are so many stories, they sometimes run together. I need to share the stories to help dispel the baseless fears that demagogues spread.

At my school, the Arlington Education and Employment Program (REEP), we were always working on projects of one sort or another to help figure out the best and most appropriate ways to teach adult immigrants and refugees. For one project, I interviewed a young Somali woman. She talked about how one day she went to the market and by the time she got back home, her home and her husband had been blown up.

When our school was preparing to receive a large group of Somali refugees, we were advised by human resources experts that it would be culturally inappropriate for a woman to shake hands with a Somali man. The first time a Somali man walked into our computer learning center, I walked up and enthusiastically shook his hand, as he did mine. He was in a new land and—enthusiastically—beginning to make a new life.

These refugees have lost so much and then they come here and share so much pain, yes, but  they also share their love and their hope with us.

One day I was sad in class because I was thinking of my mother and her cancer.  One young woman told me that she would “pray for your mother in the holy month of Ramadan.” Thank you.

So many stories: They are pictures I keep in my heart. I think I will stop for now.

However: I want to say, these adult students were so brave and strong. Unlike the fear-mongering stories promulgated by the extreme right wing, these people didn’t want to kill me. They made food for my family and me. I loved them and they loved me.

Bits of scripture still rattle around in my agnostic brain. Refugees are not the fiends those wicked people say. Refugees—at least until they get on their feet—are  the least of our brethren:

…for I was hungry and you gave me food, I was thirsty and you gave me drink, I was a stranger and you welcomed me, I was naked and you clothed me, I was sick and you visited me, I was in prison and you came to me.’ Then the righteous will answer him, `Lord, when did we see thee hungry and feed thee, or thirsty and give thee drink? And when did we see thee a stranger and welcome thee, or naked and clothe thee? And when did we see thee sick or in prison and visit thee?’ And the King will answer them, `Truly, I say to you, as you did it to one of the least of these my brethren, you did it to me.’ (Matthew, Chapter 25, Bible, Revised Standard Version)

Forgive me, it has been 57 days since my last post.  I see by the notes in my day planner that on that day, April 14, Tom and I visited Minidoka National Historical Site (http://www.nps.gov/miin/index.htm) in south central Idaho.  I don’t need notes to remember that the winds hit heavy there through the ruins and the winter grasses.  Tom and I were alone there on the edge of some road, where the same single pickup truck drove past us two or three times, but there was no other traffic.  Even with our REI/L.L. Bean/whatever fancy brand jackets, hats, and gloves, the cold and sadness blew right through us. It makes me wonder how that Idaho wind must have felt to the Japanese and Japanese Americans who were relocated to Minidoka in 1942. Afterwards we were going to camp at Lake Walcott State Park, but, as my notes have it, “no dice.” The state park website had claimed a campground was open, but, it turned out that the bathrooms were not unlocked yet, so we headed back to civilization. Tom and I ended up at the Best Western Plus Inn and Convention Center in Burley.

We hadn’t passed through Burley since December 1974. We’d always remembered Burley as the (not historical) site of one of the worst dining experiences of our lives. Tom, our friend Sally, and I were heading back from the Northwest (Colville, Washington and Moscow, Idaho). It felt like we were in some, I don’t know, early Altman film. No one in the restaurant would acknowledge our presence—even though the dump was mostly empty.  I guess we finally got some food. One thing was for sure—we were going to get out of town before sundown. This time around, our server was friendly, and only mildly patronizing. Plus, our meals were merely bad, not extraordinarily so. The food wasn’t poisonous—American cheese grilled cheese and salad that could have come from any school lunch (before Michelle Obama got to it).

Note: It looks like I favor writing about inconsequential personal memories instead an abiding national shame relevant to our current times.  I hope the photographs below can explain a little bit about how I felt. 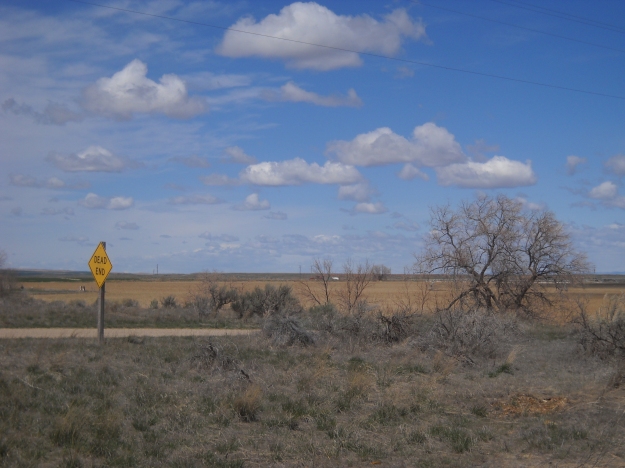 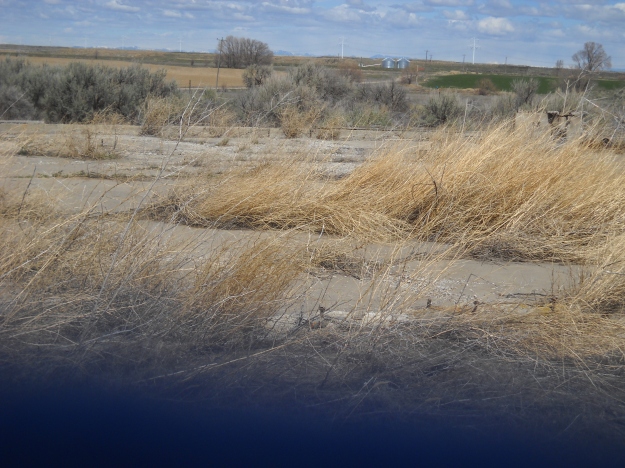 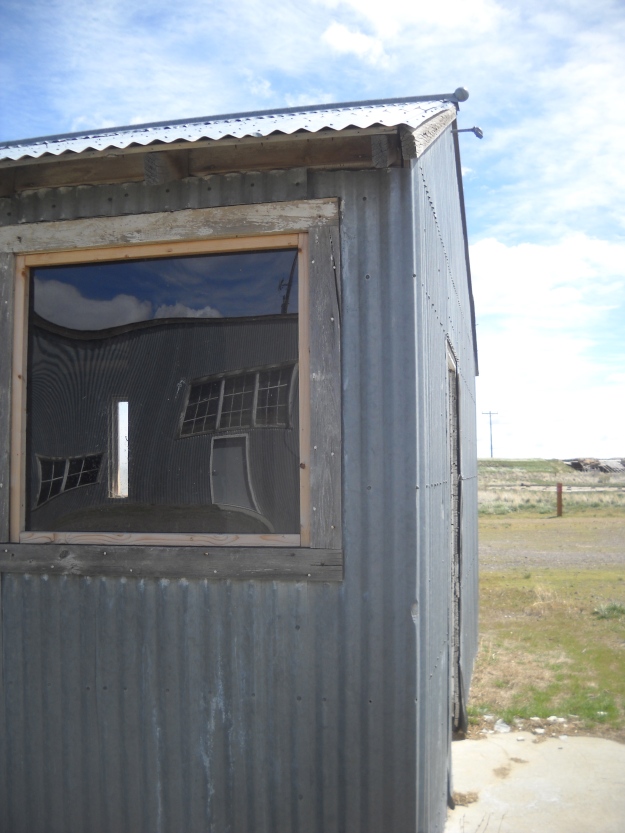 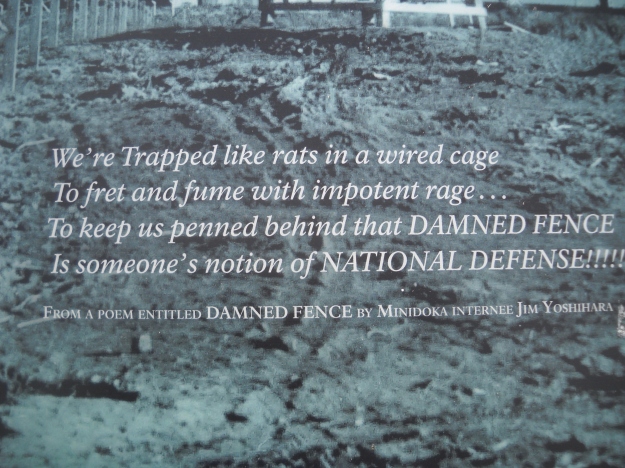 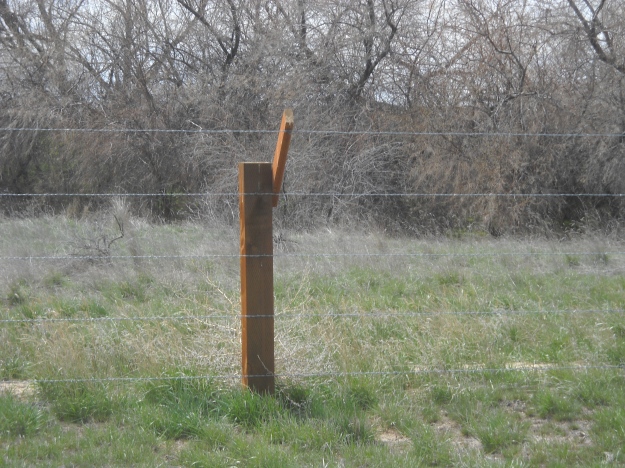 Enough of that detour:  In April, I told you I was going to write about flexibility, so, please see below.

Flexibility, Part 1: About an hour ago on my way out of my yard to the coffee shop to write, I almost tripped on my own Birkenstocks. I grabbed onto a handy tomato cage and all was well.  Still, perhaps that little non-incident sums up the current state of my physical flexibility.

I’m thinking back to March in Canyonlands. I’m afraid I was a sight (not historical). I was inching up (I originally wrote the word “clambering” but that makes the rate of movement sound more energetic than it was) a small, but steep, patch of snowy, icy slickrock. Generally, I am pretty good on slickrock—I really do clamber on it.  However, I notice that when more variables are added to a task (e.g., steep plus ice, melting snow, mud), I seem to be less flexible now than in the old days. Anyhow, we put on our Yaktrax*, Tom clambered up and then tossed down kindly words of encouragement and the offer of a hand, which I refused with what bit of dignity I had left. Really, I’m not talking about a cliff here, just four or five vertical feet. It’s like if items are not organized—first slickrock, then snow, then a scramble on a narrow trail, etc.—I’m not as comfortable multi-tasking as I used to be.  I don’t know if this is true. I’m just trying the idea on to see if it fits.

I tell you, with my soggy fingers gripping the wet ice, Yaktrax digging for purchase on the rocks below and my not insubstantial butt in the air—and I was wearing my bright blue hiking pants—I was living very close to the ground.

* A couple of weeks ago, I was regaling our daughter Sarah with tales of our hiking and camping adventure, but instead of saying Yaktrax, I think I was calling them Moose Tracks (as in the flavor of ice cream).  Makes me wonder about the flexibility (and reliability) of my cognitive functioning.  See Flexibility, Part 2, coming to this space sometime before another 57 days. 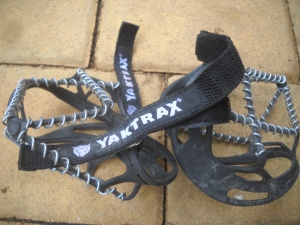