I’ve been thinking about Page, Arizona quite a bit lately. That’s because I read about the closing of the Navajo Generating Station, located on the Navajo Nation near Page. In 1972, Page was booming as the generating station with its three 775 ft. stacks was being built. The school population was also booming and I was hired to teach eighth grade literature. Through the years, I’ve told you a few stories about Page and there are more.

I’ve been reminiscing about Page lately,  but I think about education pretty much all the time. That comes from being the daughter, sister, cousin, aunt, and friend of teachers. Tomorrow many students and teachers are returning to school after the winter holiday, so I am thinking about them.  I’m not sure what the students in my classes learned, but my year in Page was a goldmine of life lessons for me.

Happy back to school, teachers and students! 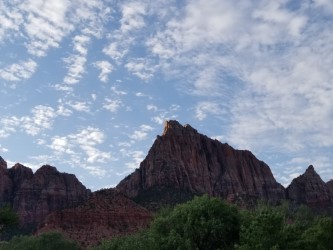 I began teaching composition approximately 45 years ago.  In all that time, I am not sure that I  managed to help many novice writers become more effective writers of expository prose. However, I did read hundreds of essays and write many comments.  Over the decades, I found that the same few bits of advice remained constant: narrow and focus the topic, have a clear thesis, give specific examples, and do not overstate.

I am thinking of about expository prose today because I am struggling  (again) with my own writing.  How will I be able to distill a six week road trip into a narrow and focused thesis-driven post that includes specific examples and which does not overstate?  I don’t know–maybe I won’t be able to manage it–but I can comfort myself with a bulleted list. I don’t  understand writing, but I do believe words have power.*

*NOTE: Because of the ongoing Kavanaugh debacle (my home is about 4.5 miles by foot from the U.S. Congress), I am somewhat sad and angry today.  Thinking and writing about beautiful places, family, and friends helps me feel somewhat hopeful. 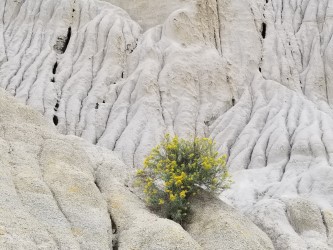 Grand Canyon from the North Rim

Tom above Lake of the Clouds, Michigan 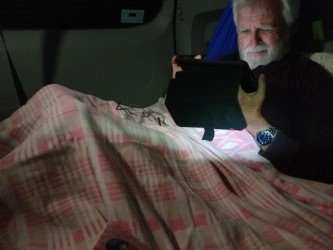 reading in the van

Yes, I am at the Mirage in Las Vegas this afternoon.  It seems like an accurate name to me: This place is just a mirage to me.  The North Rim is what is real to me. I remember again the words of J.W. Powell in his The Exploration of the Colorado and Its Canyons:

Still farther east is the Kaibab Plateau [including the North Rim], culminating table-land of the region. It is covered with a beautiful forest, and in the forest charming parks are found. Its southern extremity is a portion of the wall of the Grand Canyon….Here antelope feed and many a deer goes bounding over the fallen timber. In winter deep snows lie here, but the plateau has four months of the sweetest summer man has ever known. (p. 102)

Excuses Although it is March, I still haven’t transferred all of my phone numbers, passwords, and other data from my 2017 Audubon Birder’s Engagement Calendar to my 2018  Audubon Birder’s Engagement Calendar. This transfer usually happens early in January (see Old Year, New Year: Flexibility, Part 3). Part of the delay may simply be that there is so much minutia scrawled in the 2017 book that I am daunted by the task of transferring it to the new book.

I think the real reason might be more fundamental, though. I have been sitting here — each day at once agitated and inert–waiting to see what happens next to our country. My own version of Potomac fever, I am afraid. And I am afraid: I used to tell my children that our country had had difficult times before and had gotten through it. Now, I believe the current regime and its attendant problems are by far the worst in my lifetime.  I went to one march so far this year and will soon go to another. I sign petitions. I walk. I do my weights and stretches, and sometimes I even do my planks.  I photograph flowers and trees.  On TV, I watch cooking shows and basketball games. I think spring is coming. I believe my hibernation is ending and my hope is growing.

Happy Interlude  In early February, Tom and I camped for three nights in the Big Cypress National Preserve and for one night in Everglades National Park. We saw alligators and manatees; anhingas and egrets, mangrove islands and dolphins, and much more. 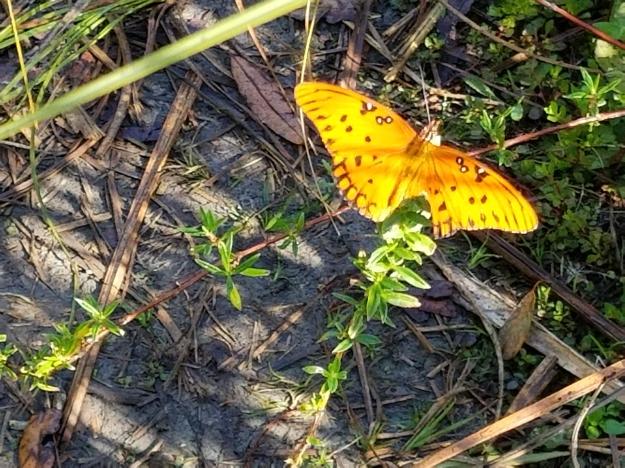 Spring is Coming Wood frogs are mating in vernal pools here in Arlington, Virginia. Salamanders are on the move. Daffodils are blooming and so is the witch hazel and some forsythia. Almost two weeks ago a cherry  tree was blossoming at Arlington National Cemetery. Tourist groups are massing on the National Mall. I think it is time to put aside my 2017 almanac and rejoin this year, this fight, and this life.

Did I ever tell you about the time I got dropped off at Pipe Springs National Monument? I was on my way from the North Rim to my friend Anita’s wedding reception in Salt Lake City. Someone drove me to Pipe Springs–on the Arizona Strip–87 miles from the Grand Canyon Lodge where I worked.  I tried to hitch a ride from Pipe Springs to Cedar City, Utah so I could catch a plane to Salt Lake.  At least back then, Arizona State Road 389 was not a well traveled road.

After some time, Pipe Springs National Monument closed for the day. It got dark and I felt forlorn and probably a little scared.  I settled down in the ditch beside the road. I wasn’t about to take my chances standing on the side of the road through the night. I worried some and I slept some.  Morning came, someone picked me up, and I made my flight to Salt Lake and the wedding reception.  I was an idiot back then, no doubt, but all that expansive sky, sand, canyons, and forests made me feel that all was possible, all was good, and I would not be harmed.

Angry and sad aside: Most of my life now, this Grand Staircase, this Colorado Plateau, has been for me not only the land of the beautiful, but also of the good and hospitable. I want to scream and cry and kick and yes, hate, as I see people and entities want to destroy this land. I don’t do those things: I am still trying for the beautiful and good.

So many more stories to tell, but I think I am finished for now.  I wanted to tell you about Hop Valley, the double rainbows on the snowy road to Bryce, pine nut gathering at Cape Royal, the smell of the ponderosas in the sunlight, and Chesler Park in late winter.

Now, I will march, I will sign petitions, I will walk.  In the end of summer, we may be at North Rim again, and, in November I will vote.

Thank you for listening.

Here are some photos: 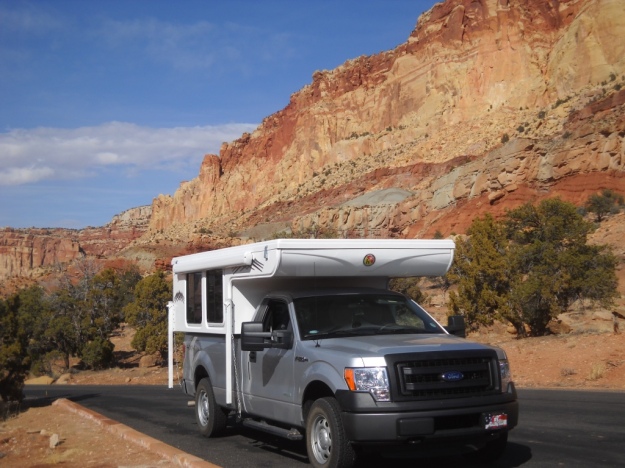 ponderosas on the North Rim

I have been putting off writing this post about the Grand Staircase.  Photos are easy, but sometimes words are hard for me.

This morning I have Windexed the living room table (where we leave smears when we eat in front of the TV). I’ve washed a load of clothes and I am about ready to put them into the dryer. I’ve put two applesauce cakes in the oven (from The Fannie Farmer Baking Book ). I feel comfortable and happily domestic.  Even so, somewhere inside, I am afraid that the despoilers of the land will win this battle of the Grand Staircase and Bears Ears and the others. I am sad and angry because I don’t think my words or photos can change the minds of those ones. I will try the words anyhow.

Three days later: My words still haven’t found their way to the computer. I sit in my living room chair. Through my window, I watch the winter silver Potomac flow in the distance.  Like most people I know, my heart weeps and my mind hurts.  More hate, more racism, more lies spew from our country’s White House. So many things to grieve about and to fight for, where should I begin?

I know. I look around our room and I see the huge blue and pink(ish) map: “The Colorado Plateau and Its Drainage.”  Tom bought the map for me about 18 years ago, when I briefly had a job with an office and benefits. To the left of the map are two bookcases, a Navajo rug, and a poster of Zion National Park, “Celebrating a Century of Sanctuary 1909-2009.”  On the walls closer to me are the Thomas Moran print of Indian Gardens from our friend Laura, a painting of Hopi basket designs by our friend Sally, and many other talismans.  Enough for now: Like a movie, the sun just broke through the clouds a tiny bit.  I will try my words again.

Now, it looks like I have too many words. Here are some more. I will stop soon.

I felt sad when I saw and heard a piece on TV about a river that was going to be dammed and a canyon that would disappear. I saw a fabulous rock called Rainbow Bridge. I felt sad until the feelings were buried.  Only decades later, I uncovered this memory and realized I had loved this land of the Colorado River Plateau 12 years before I ever even saw it.

1970 (My spring and summer in Zion National Park)

When we were hiking back in Zion in 1970, my friend Pat noted that–even with the technicolor, in-your-face canyon vistas surrounding us–I spent a certain amount of time looking down at the ground. I still do that.  Below are some plant photos from the Grand Staircase and environs. 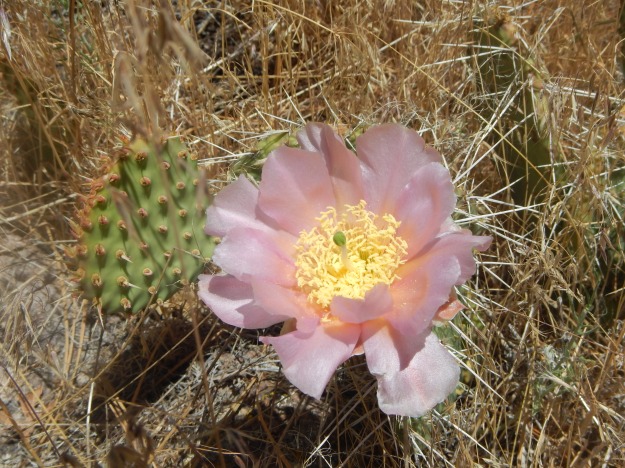 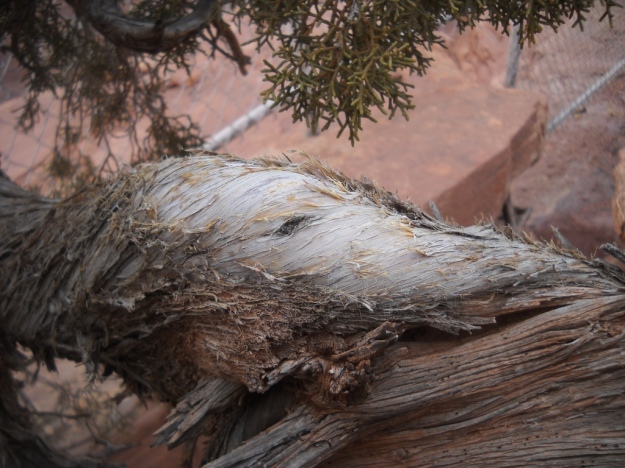 Note: My next post will be mostly words, not photos.  I wonder if I can help convince Secretary Zinke, Senator Hatch, Congressman Bishop, and others to preserve our beautiful land.

In the summer of 1973, one of my former eighth grade students (from Page, AZ) invited me to hike down to the Colorado River from near the Bitter Springs Arizona Highway Department outpost where she lived. This would be a walk down to the first rapids within what is generally considered the beginning of the Grand Canyon, not far below Navajo Bridge that spans Marble Canyon. My student said the locals called the area Jackass Rapids. I was a fair-to-middling red rock hiker back then, but it took fancy footwork to keep up with the sure-footed young girl. As my memory of the day comes into clearer focus, I think this trip might have been the girl’s answer to the environmental living elective (see Grand Staircase to Heaven, Part 1). She had not participated in the class, perhaps because, being of local pioneer stock, she already knew much more than I did about the local environment, or maybe it was just that she was already in band during the elective hour.

In any case, the sky was perfect blue and the sun was scorching and I already had sunburn from some recent hikes in Zion National Park. When we finally got down to the Colorado River, I did what I always did back then—I jumped in the water. The air temperature was probably in the mid-90s, the river was around 40°, and my back was already burnt. The resulting pain was intense and I felt like I was the jackass the place was named after. For several years afterwards my arms carried the marks of the sunburn and nowadays in the shower, I wince at cold water on my back. My memories of those Arizona and Utah times, though, remain bright: sky blue, rock red, pine green, and Colorado River brown. 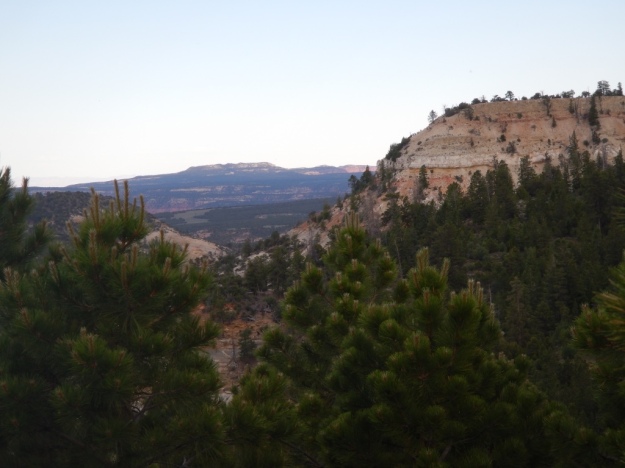 Close to the Ground: Living Inductively
Blog at WordPress.com.