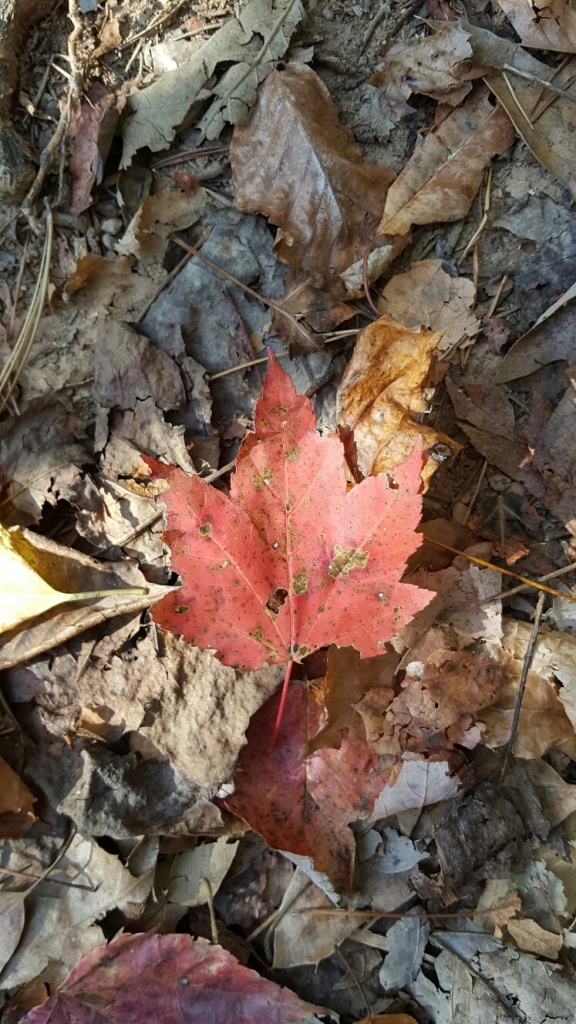 So, tonight we fall back again and it can’t come too soon for me.

I love all the seasons, but most of all, I love autumn.  One might think that an odd choice for a gardener.  November has no crocuses (well, Tom tried autumn-blooming crocuses one year, but the squirrels ate them all before we ever saw any blooms) and no crowds or hosts of daffodils.  I have a few peppers hanging on and a couple of cherry tomatoes, but that’s it for summer.

I do not like the hot and humid summer of Virginia, but I love preparing my nest for the winter. Around here, that means finally needing a light comforter with the window open just a bit.  I love soup and chili and, yes, I love football, cider, doughnuts, and good apples.

Shifting Gears: Recurrent Fears Every four autumns since I was old enough to vote, I worry about the presidential election. When I taught school in Page, Arizona,  I voted absentee for George McGovern. Later, in Salt Lake City, I voted for Jimmy Carter, even though I always did like Jerry Ford.  In Arlington, Virginia, I couldn’t believe the United States could vote in Ronald Reagan. Reality showed me. I know who won the election in 2000 (the one in fact and the one by Supreme Court fiat). I didn’t believe that George W. Bush could be re-elected after the photos of Abu Ghraib were published.  Now, I am aghast at the specter of  the possibility of a  demagogue poised to claim the presidency by the vote or by the mob.

Tuesday night our friends Daphne and Tom are coming for a sleepover so we can stay up and watch the election returns together.  Reminds me of a pajama party of my youth, where we girls screamed over Psycho. Talk about déjà vu. I think we will all need blankets to cover our heads when scary returns come in. We will be okay, though.  Tom will be making comfort food: spaghetti and meatballs and garlic toast. No one’s (that I’ve tasted) meatballs and spaghetti are as good as Tom’s are and we will have a green salad of lettuce, chard, arugula, and herbs fresh-picked from my fall garden.  I have been considering what dessert will be the homiest and most comforting and I have decided on apple crisp.  I am using Joy of Cooking‘s recipe, which tastes the most like my mom’s–talk about comfort.

The leaves still fall with sunny abandon, so I am not (too) afraid.

I believe that what Maya Angelou wrote (see Still I Rise ) is true for all of us:

Maybe Tuesday or maybe later, I believe–as I have since childhood–that we will rise all of us: stronger and better together.

Last week Tom made Montezuma pie and it was delicious. I wish I had taken a photo of it to show you, but I was too interested in eating it to focus on anything else.

The first time we made Montezuma pie was in the modest house on Verbena Street in Denver in the early 1980s. It was a modest house, but we had an extravagant garden. For example, I had sugar snap peas and roma beans growing on fences everywhere. Also, the garden included four established rhubarb plants. We had pie (I used the Joy of Cooking recipe), coffee cake (I used the recipe from the same cookbook we got the Montezuma pie recipe, the name of which I forget), canned rhubarb, and rhubarb jam. I think this was where I first grew Anaheim peppers and it was definitely the first time I grew cilantro. It grew waist-high and I didn’t even like it much then. I can’t remember whether I grew the tomatillos for the dish..

Reasons I am writing about Montezuma pie (in order from least important to most important):

–Readers seem to like it when I include recipes in the blog.

–It’s August–hot and dry where I am in Boise, and, I hear from my sources, unusually cool in the East–but it is harvest time nonetheless.

–Eating the dish last week reminded me of happy times when the children were young (well, we all were) and of gardens I have loved.

I hope you enjoy the dish, which also tastes good without the chicken. Happy August.