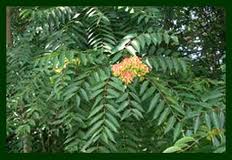 This summer I have sometimes been annoyed at my next plot neighbors at the Gove Community Garden in Denver, Colorado. I think this is because I a) am too officious b) am too quick to take unintended offense, c) have too much free time on my hands, or d) all of the above.  As I understand it, the rules, or at least the culture of the garden, directs community gardeners to keep the paths between the individual plots neat and free of plants.* This doesn’t seem difficult, and yet, I have suffered morning glories and tomato plants creeping into the buffer zone (about three feet wide) between the neighbors plot and mine. I admit to having ripped the offending morning glory tendrils and moving the tomato vines back to where (I thought) they belonged. I love morning glories, by the way, but they have the same strangling habit as their aggressive perennial cousin, bindweed.

What has incensed me recently—I am not exaggerating and it is a good thing that I rarely see anyone in my part of the garden space—is that these neighboring gardeners have let a two-trunked tree-of- heaven (Ailanthus altissima, http://www.nps.gov/plants/alien/fact/aial1.htm) grow to about eight feet high right by the fence that separates their plot from a National Jewish Health parking lot.  Don’t they know what they are doing by letting this invasive get a foothold?  I looked earlier today and, sure enough, more branches are coming up even though we’ve already had a hard freeze.

I keep asking myself why this little circumstance bothers me so much.  I want to go over and rip out the hellish little tree with my bare hands. Worse, I have been wanting to rat on the neighbors to the leaders of the garden.  That is, I want to be a vigilante or a stoolie—not too impressive for a supposedly liberal, high-minded person (as I like to characterize myself).  The ice cap is shrinking faster than ever, the candidate I don’t want to be president is gaining in the polls, and I am fixated on this one clump of tree-of-heaven.  Furthermore, you probably remember that the tree in A Tree Grows in Brooklyn is a tree-of-heaven.  It seems disrespectful to rail against the lovely metaphor, so what’s with me?

Sometime in late 1976, my husband Tom, our daughter Sarah, and I moved from married student housing at the University of Utah to a little house on Iowa Street near the university in Salt Lake City. We thought we were moving up. Some of our friends lived nearby and Tom could walk to class and work. Also, on this decrepit little street, we wouldn’t be so relentlessly (but cheerfully and pleasantly) surrounded by peppy young Mormon couples and families. The house itself was more of a shack with a lean-to attached to the back of it.  Nonetheless, for all of its drawbacks, the house had a good vibe.  We always thought that  a very poor, but very nice, old lady must have lived there before us.

Initially, Tom and I were excited about having a place for a little garden. Like I knew how to garden back then, but I was hopeful and enthusiastic.  Well, it turns out our tiny backyard was a forest primeval of tree-of-heavens and it contained more layers of dog excrement than I have ever come across before or since. So, Tom and I pulled out scores or hundreds or thousands of ailanthus.  That’s how I know how easy they are to pull up.  We piled the dead plants into a huge pile by the side of the house. I’m not sure what we did with the dog crap but I assume we bagged it and tossed it on the pile.   If I remember correctly,  the landlord (I think there is a better title for him, but I am playing it cagey because I see on the Internet that this person is still around in Salt Lake  and that he is somewhat in the public eye) said he would dispose of the detritus if we would clean out the yard.  I don’t think you are surprised that he didn’t do so in a timely fashion.  Finally, after weeks of waiting, we called the city and complained anonymously.  After that, the trees-of-heaven and the rest of the mess disappeared.

I planted tomatoes, beans, peppers and all of the standard stuff and we made a little lawn of tiny zinnias (probably Thumbelina mix). In May 1977 our son Robert was born.  We have a photograph of his small self and his mom in front of a wild mass of roses that bloomed all the more radiantly when the ailanthus grove had disappeared. Note:  I would have inserted a Google Images photo of a similar rose, but I did not find any as wild and fine as those I see in my memory.

*I confess that I myself have let a clump of lamb’s ears grow into the path across from my other neighbor’s garden plot. I had my reasons: this neighbor had a bigger patch of lamb’s ears crowding the path, so I thought my  smaller clump provided symmetry, I like lamb’s ears more than morning glories, etc. Be that as it may, I dug up the lamb’s ears today and left a bag of them next to the tool shed in case anyone else wants them.